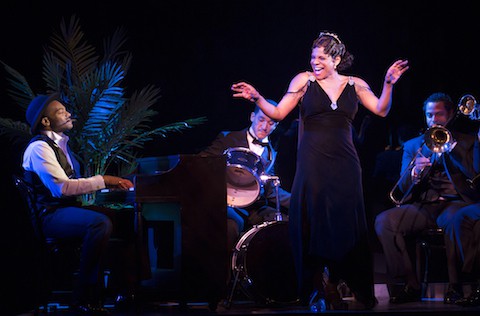 For now, at least, Broadway is way ahead of Hollywood on diversity. This season alone, people of color are reclaiming American history, exposing atrocities of African wartime, and breathing new life into a cornerstone of Black American fiction. But the road to getting Black stories on Broadway has never been easy. The final new show of the season, Shuffle Along, or the Making of the Musical Sensation of 1921 and All That Followed, which opened April 28, charts the path of one such musical, with a combination of star power that nearly blows the roof off the Music Box Theatre.

First, let’s unpack the title. Shuffle Along is an actual 1921 Broadway show whose writers and cast make up the characters in 2016’s Shuffle Along — as the full title spells out, this new musical is about the making of that old one. Think: its creators hustling for money, the show hitting the road, making a splash on Broadway, and, well, all that followed. 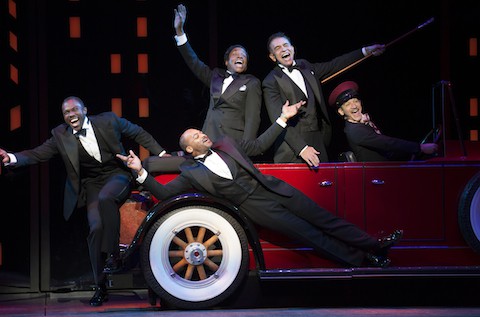 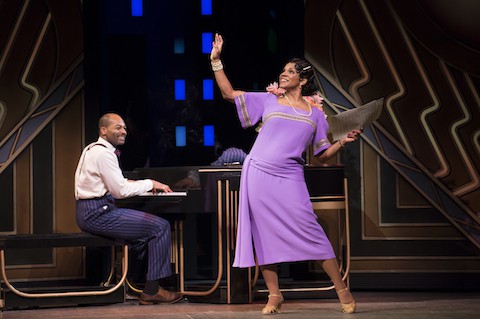 Director George C. Wolfe (The Normal Heart, Angels in America) also wrote the book for the meta musical, which strings together an episodic flow of Vaudeville-style routines, show-stopping dance numbers from Savion Glover, and more straight-forward scenes. Each is marked in supertitles above the stage (e.g. “Opening Act,” “Rehearsal Week One,” etc.), a clever and necessary way of giving structure to the story, which is more timeline than plot driven. (The plot of the musical they’re creating is only briefly mentioned; given that the original Shuffle is about an election, this feels like a missed opportunity.) 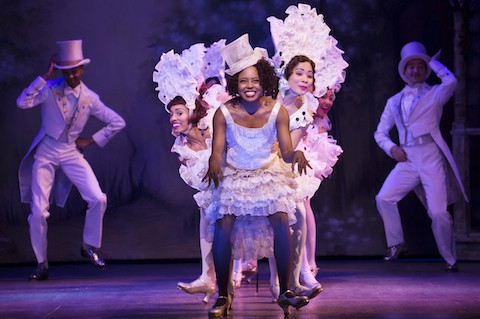 The “making of the musical sensation” portion of the show probes the challenges of creating, sharing, and owning Black narratives — issues still at the heart of cultural debate nearly a century later. It’s here that Wolfe brilliantly explores important questions about race, power, and representation. Once the odds are beaten and the show becomes a success, though, we reach the far more familiar “all that followed” part of the story. Here the plot tends to meander. While it’s easy to invest in the talented stars and the history they’re unearthing, Shuffle is not necessarily character-driven, so when their personal fates become the focus, the results are somewhat less compelling. 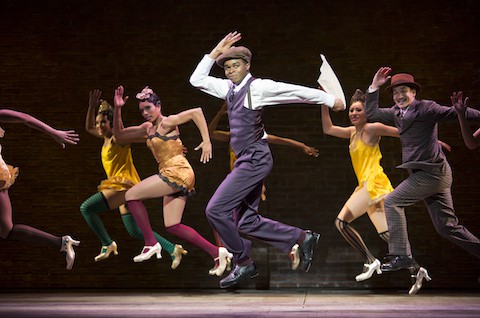 All the same, the fates of these pioneering artists ought to be known and celebrated, and for all the struggles it depicts, Shuffle itself feels like a long-overdue celebration — of Black artists and Black Broadway history. And thanks to the raw energy generated by Glover’s sensational choreography, it feels, too, like the changing tides are finally gathering momentum.

Previous Post: « The Shirtless Male Gymnasts of 4G Know How to Use Their Bods on ‘Britain’s Got Talent’- WATCH
Next Post: Blogger Fired for Mocking Philly Gay Basher Kathryn Knott Sues Knott, Her Father, and the DA for $5 Million »