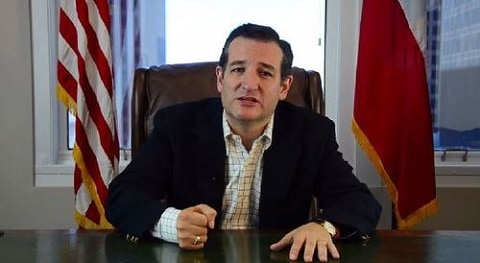 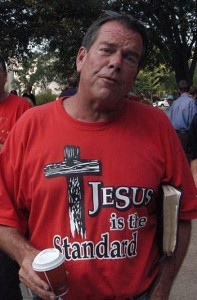 Not happy with backing up Kevin Swanson’s call for the death of all gay people, presidential wannabe Ted Cruz has welcomed endorsements from a number of additional extreme anti-gay activists.

Baity, who in 2012 received the Family Research Council’s Watchman Award for services to hatred, has claimed that homosexuality is a choice and called gays “worse than maggots.” He also said that LGBT activists are spreading “perversion” in schools which will lead to – you guessed it – the wrath of god.

RELATED: Ted Cruz Imagines Himself As A Hunky Boxer In Cartoon Challenging Obama to Debate

Last year, gay wedding crasher Benham said the “homosexual agenda” is a “pink-colored glove” covering “the fist of the devil.”

Cruz’s father Rafael said the support of Benham, Baity and others is “a testament both to the high interest in Ted among people of faith and to his consistent defense of religious liberty for all Americans at every step of his career.”